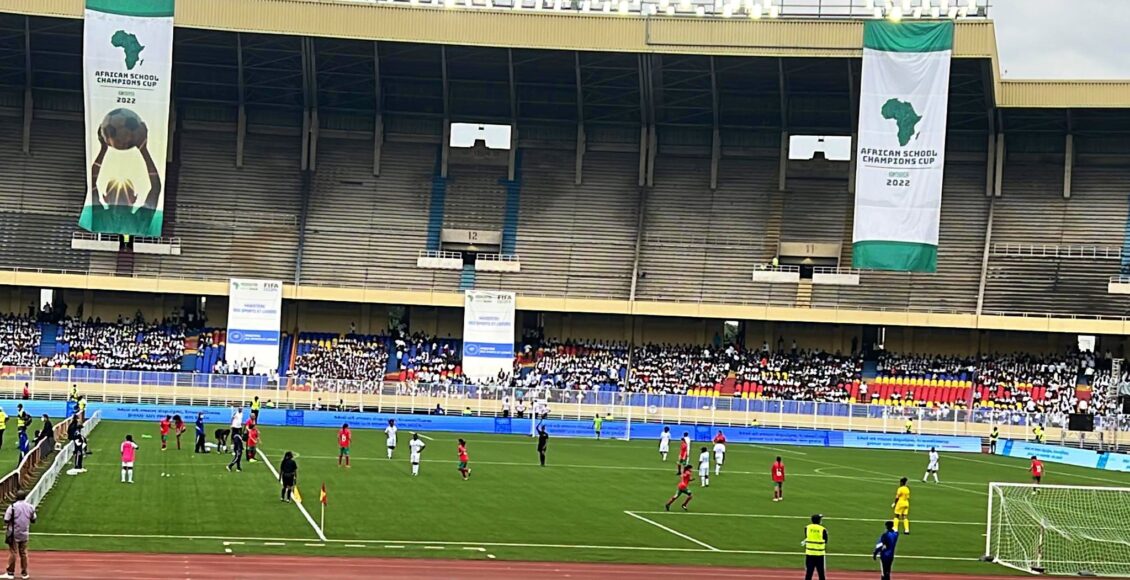 The African Schools Championship kicked off on the 19th of February 2022 in Kinshasa, the capital of the Democratic Republic of Congo.

The African Schools Championship is a competition organized by FIFA to support grassroots football development in Africa. 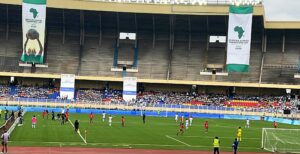 The two-day invitational tournament of 6 teams, including host DRC, South Africa, Morocco, Ethiopia, Senegal and the Benin Republic, kicked on a high note as young Africans of school-going age battled it to secure the trophy for their countries. 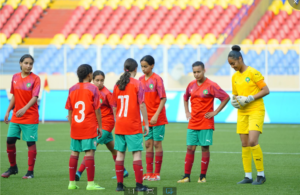 However, the young Moroccan girls are staking a solid claim to win the maiden edition of the tournament with outstanding displays.

The Morrocan girls played their first game against the host of the competition; the girls from the DRC quickly made their presence felt with their calm and intelligence on the ball, and with less than 5 minutes on the scoreboard, they recorded their first goal, a brilliant team effort.

The Moroccans won the game 7 goals to 1 and defeated the impressive South Africans in their second game by 1 goal.

The intelligence of the young Moroccan side caught the attention of the spectators as they played with the confidence and charisma of established professionals. A conversation with the girls after the demolition of the DRC confirmed that they have only one objective: to win the competition in its entirety. The girls are also confident that their male counterparts will win their category. 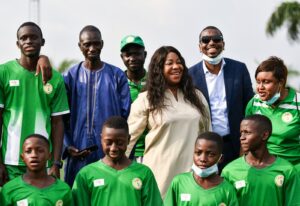 Commenting on the tournament earlier, FIFA’s General Secretary, who was present at the tournament, said, “The intention was also to see all 54 African national associations come together in one country to allow children to use sport as a way to embrace the values that football generally conveys. 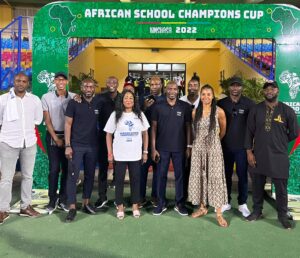 The idea of the African School Championship Cup was birthed in February 2021 when FIFA president Gianni Infantino visited the DRC.

Infantino is expected to be at the tournament’s closing ceremony on the 20th of February, 2022, when both the male and female champions will be crowned.