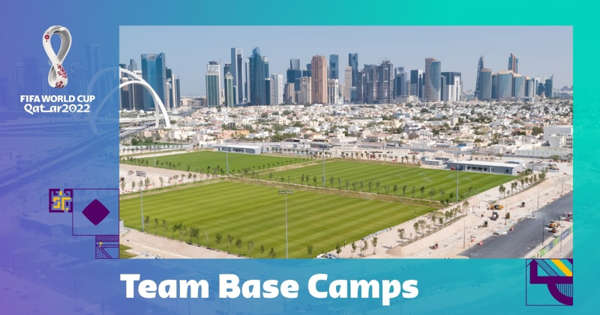 Five African teams travelling to Qatar will have a Team Base Camp (TBC) to call home at the most compact FIFA World Cup™ since the 1930 edition.

With no domestic flights required during the tournament, the same top-class facilities will be used throughout the competition.

For this edition, therefore, official training sessions the day before matches will also be held at the respective training sites. 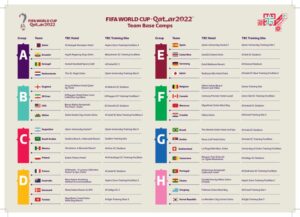 African Reps And Their Base Camp

Senegal will stay at the Duhail Handball Sports Hall while they will train at the Ali Duhail SC2.

Tunisia’s training site will be at Al Egha 3 while Morocco will train at the Ali Duhail stadium.

The indomitable Lions of Cameroon will stay at Banyan Tree, Doha while training site is at Al Saliya SC stadium.

The Double Tree by Hilton in Doha is the camp for Ghana with training site at the Aspire Zone.

Teams will check in at their Team Base Camp Hotels (TBCHs) at least five days before their first match. 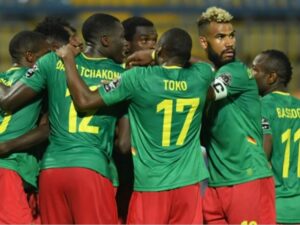 Unique Features Of The Team Base Camp

Furthermore, it will ensure the event’s thrilling atmosphere will be in and around Doha, to the delight of local and international fans.

“Qatar 2022 will be a World Cup like no other, with teams benefiting from its compact nature and warm local hospitality. Players will have more time to train and rest during the competition, while being able to experience the excitement that will take over the country at much closer quarters, as fellow players and passionate fans from all 32 nations will be gathering in a single area,” said Colin Smith, FIFA’s Chief Operating Officer – World Cup.

Nasser Al Khater, FIFA World Cup Qatar 2022 CEO, said: “We’re pleased to let fans see the world-class facilities that Qatar has developed for their national teams. As with all of our World Cup projects, legacy planning has been a key factor and many of the training sites renovated and built will benefit local clubs and communities long after the tournament has finished. The new hotels will also support Qatar’s growing tourism industry post-2022.” A TBC is the headquarters of a participating team during the competition period of the FIFA World Cup.

It combines a dedicated Team Base Camp Training Site (TBCTS) with a suitable hotel or other forms of accommodation (TBCH).

There will be three types of training sites in use during the tournament: local clubs, cluster training facilities and stadium training sites. 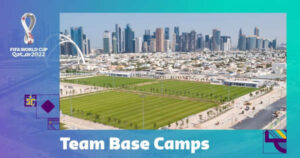 The TBCHs range from four- and five-star hotels to villas, resorts and non-hotel accommodation, including sports academy residences and school/university housing. Besides facilities such as treatment rooms, they feature dedicated common areas to safeguard teams’ privacy and also comply with the relevant security protocols.

A total of 162 inspection visits were organised for the teams that participated in the FIFA World Cup 2022 qualifiers. 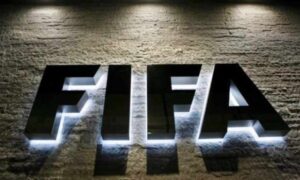 FIFA and the Host Country take their responsibility with respect to workers’ rights very seriously. As part of these efforts, FIFA and Qatar are implementing an unprecedented due diligence process to protect the rights and well-being of workers at a total of 159 hotels, including all of those that will host participating teams. This work is being carried out in close partnership with the Supreme Committee for Delivery & Legacy and involves collaboration with trade unions and other independent monitors, as well as the International Labour Organization. Over recent months, FIFA have also been a part of interactions between hotels and member associations concerning workers’ rights and is happy with the constructive relationships built around this important topic.