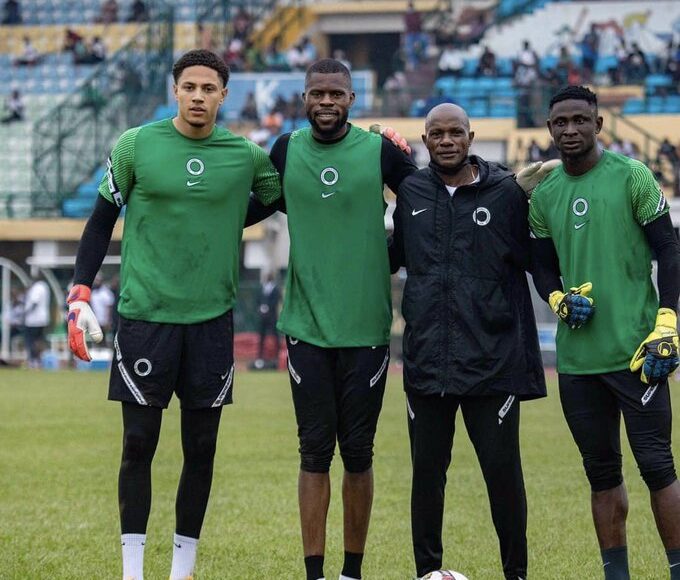 It’s official super eagles have a goalkeeping problem after Uzoho fluffed his lines from a Thomas Partey shot.

Nigeria will miss the 2022 FIFA world cup after losing on away goals rule to Ghana and 1-1 on aggregate.

Thomas Partey put Ghana ahead in the 10th minute before Troost Ekong equalized in the 20th via a penalty. 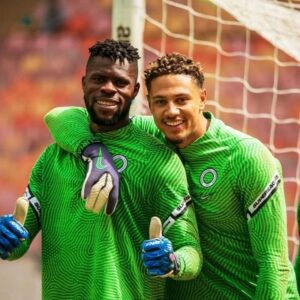 Maduka Okoye owned the number spot at club and country for a long time.

He took over from Uzoho, who got injured in a friendly game against Brazil.

Since 2017, Maduka Okoye has been the first choice, but with edgy performances, the fans were never at home with him.

For all his strides at Sparta Rotterdam, Maduka is yet to translate the club form to the national team.

Cutting a figure of an introvert and little command of his area, Okoye finally has a competition on his hands.

However, all that looks shaky after Maduka didn’t make the game due to Covid 19.

Uzoho looks to have taken the gift with a commanding display in the first leg in Kumasi. 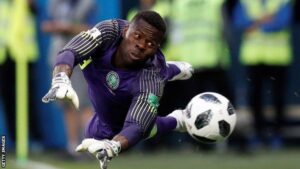 Goalkeeper, Uzoho became the villain after failing to save a direct short from Thomas Partey.

Uzoho didn’t inspire much confidence during the game displaying the opposite performance from the first leg.

The youth national team should naturally be the conveyor belt for new talents, but that system hasn’t since 2013.

Francis Uzoho and Dele Alampasu are the last set of U17s or any youth team to make the step up.

Alampasu is now in the past due to a blip in form.

Between 2013 and 2022, four youth teams have since assembled with nothing to show. 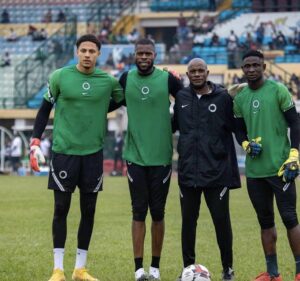 While the duo of Uzoho and Maduka continues to grow, a standard goalkeeper is needed to fix the leak.

Also, fixing the youth system and ensuring they make the step up will help correct the problem.

A change in goalkeeping coach will breathe fresh air into the department.

Where can we find them?