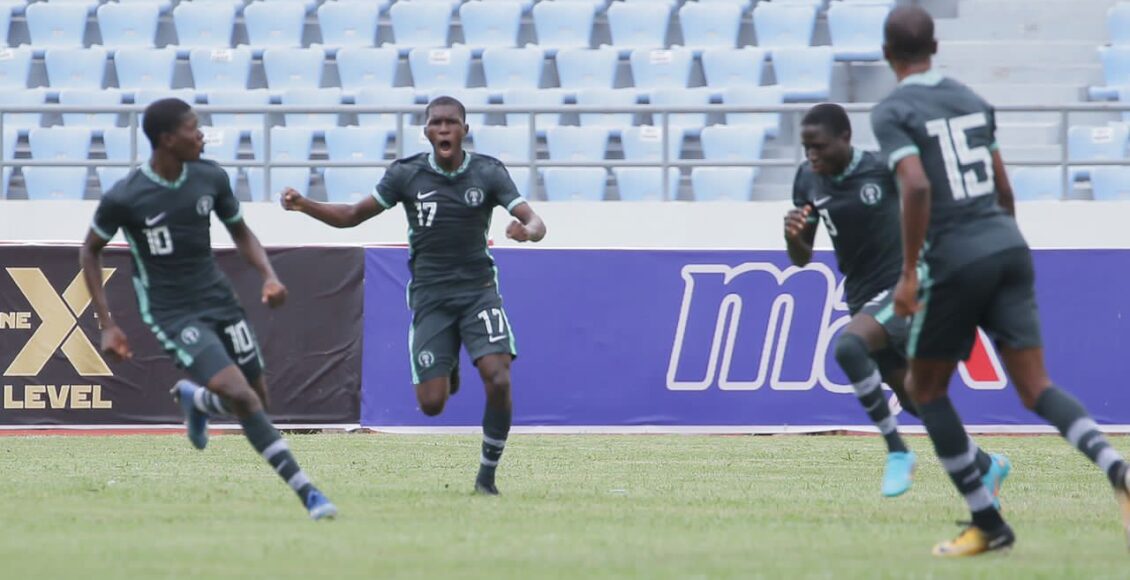 Emmanuel Michael picked the ball like a true artist, placed the ball, and counted two steps and another two steps to the right in preparation for the whistle.

Before this moment, his teammates celebrated when the referee’s whistle went off for a free kick at the edge of Ghana’s U17 box. 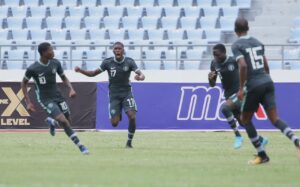 Of course, they knew what the people watching at home didn’t know about Emmanuel Michael, The free kick specialist.

A short run-up and a deft and precise shot from Michael’s special boot sent the ball around the wall, safely caressing the net.

A goal, Emmanuel scores Nigeria’s first of four in the first game of the WAFU Zone B AFCON U17 qualifiers.

By the final whistle, Emmanuel emerged as the man of the match. 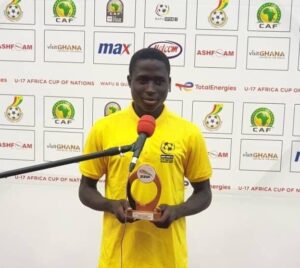 The second group game against Togo didn’t go too differently as he earned another man of the match award.

His free kick moment came, but this time the Togolese goalkeeper kept it out before another went agonizingly close.

Meanwhile, Emmanuel Michael is a midfielder, but when he came, he met over 10 others who were ahead of him. Sources say the coaching crew felt he should be deployed as a Left Back since they were searching for a left-back.

Emmanuel’s journey to making the final 25-man roster out of over 1000 trialists is a reminiscence of another that went before him.

Around 1993 Nigeria was preparing for the U17 world cup billed for Japan under the tutelage of Fanny Amun. 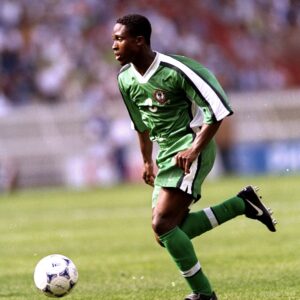 Celestine Babayaro, a product of Highlanders FC Kaduna, was a midfielder. When he joined the Fanny Amun U17 team, Wilson Oruma and a few others were favourites in his preferred position in the midfield. He tried out at left-back, and the rest is history.

Emmanuel Michael – The Secret to His Freekick

His freekick expertise is getting him all the accolades, and for Nathaniel Godwin, a sports journalist, who monitored the camping period, it is a product of dedication and hard work.

“That freekick goal was a product of intense set-piece coaching.

Ugbade taught the boys how to count steps before hitting a ball, get an elevation from dead ball position, lean their weight backwards, and so on. The first few days, they’d skyrocket the attempts, and he’d smack them in the buttocks and ask them to “do it again, and this time better, if you want to play in my team”.

During an interview after the game against the black satellites, Emmanuel also echoed the details shared by Nathaniel.

” I practice taking the freekicks, it’s something I have been working on”. 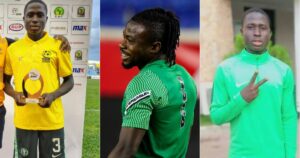 Emmanuel Michael, picked from the SimonBen Academy, and owned by Super Eagles star Moses Simon, will hope to become another eaglet that transitioned into an Eagle.