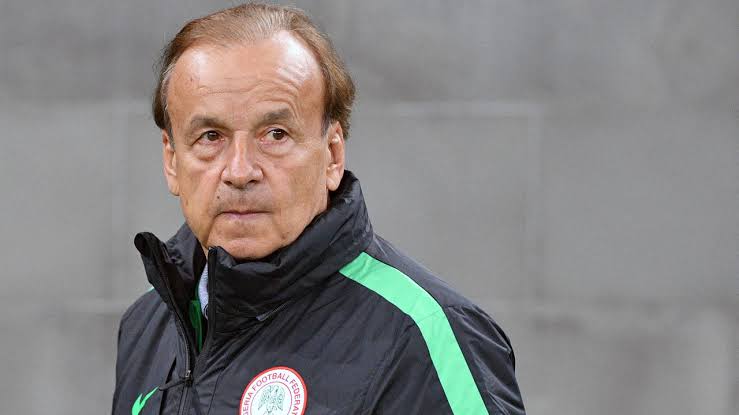 The Super Eagles of Nigeria beat Liberia 2-0 in the first of two World Cup qualifiers this international break. 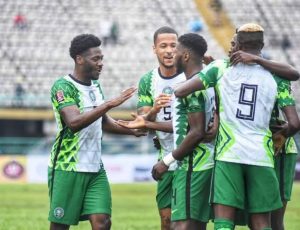 The crucial win in Morocco means that qualification is still in Nigeria’s hands heading into the final Group C game against Cape Verde.

This game was also Gernot Rohr’s 53rd as the Super Eagles coach since taking over in 2016. He tied the late Amodu Shuaibu for the most matches in charge of the Super Eagles.

But while that achievement would normally call for celebration especially since it was marked with a 2-0 win, it is a cause for concern in Gernot Rohr’s case.

Five years and 53 games into his Super Eagles tenure and Gernot Rohr still doesn’t know his strongest system. The team continues to suffer an identity crisis with no clear style of play.

This is a question that should not even be valid after five years but alas, we still don’t have an idea to date. 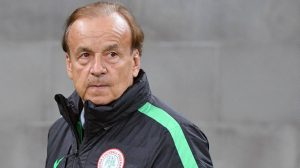 What is the Super Eagles’ primary style of play under Gernot Rohr these past five years? Are they a possession-based team or do they rely on counterattacks?

Incredibly, the Super Eagles haven’t formed a clear identity in Rohr’s 53 games, they just go with the flow.

Even in the most recent of those games, the aforementioned 2-0 win in Morocco against Liberia, Nigeria failed to impress.

As has been the theme of Gernot Rohr’s time in charge, the Super Eagles found a way to win without necessarily playing well.

Rohr’s inability or refusal to diversify Nigeria’s creative channels by involving the fullbacks more has led to a consistent scarcity of goalscoring chances.

In the majority of the 53 games under Rohr so far, the team has underperformed and mostly relied on individual brilliance which Nigeria possesses in abundance. 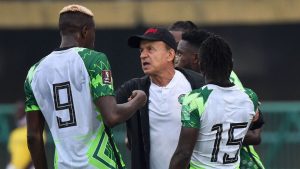 Gernot Rohr has won 26 of those 53 games, which is a decent 49% win ratio but while playing badly. This leads to another important question:

What is Nigeria’s priority?

Despite the criticism of Gernot Rohr’s tactics above, it’s difficult to argue against his accomplishments with the Super Eagles.

He’s on course to be the first manager to qualify Nigeria for two separate World Cups, either side of an AFCON bronze medal in 2019. 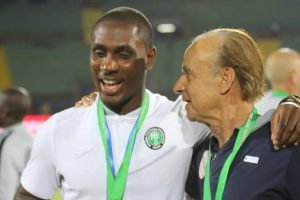 Considering that Nigeria even failed to qualify for the two previous AFCONs before his appointment, that is an impressive achievement.

So would you rather have a manager that is playing badly and winning like Rohr or go for a change? That is the question the NFF must now answer.

Is it worth the risk to sack Gernot Rohr and appoint a manager that will utilise this talented squad properly?

Some might argue that a more progressive manager would be able to get the best out of the Super Eagles on the pitch which will ultimately lead to winning in the long run. 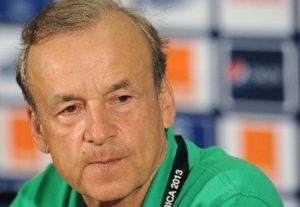 But that is risky, especially at a crucial time with the 2022 AFCON in January and the ongoing World-Cup qualifiers.

It would come down to where the priorities lie for the NFF president and other football administrators in the country.

Newcastle target Sadiq Umar as part of their rebuild