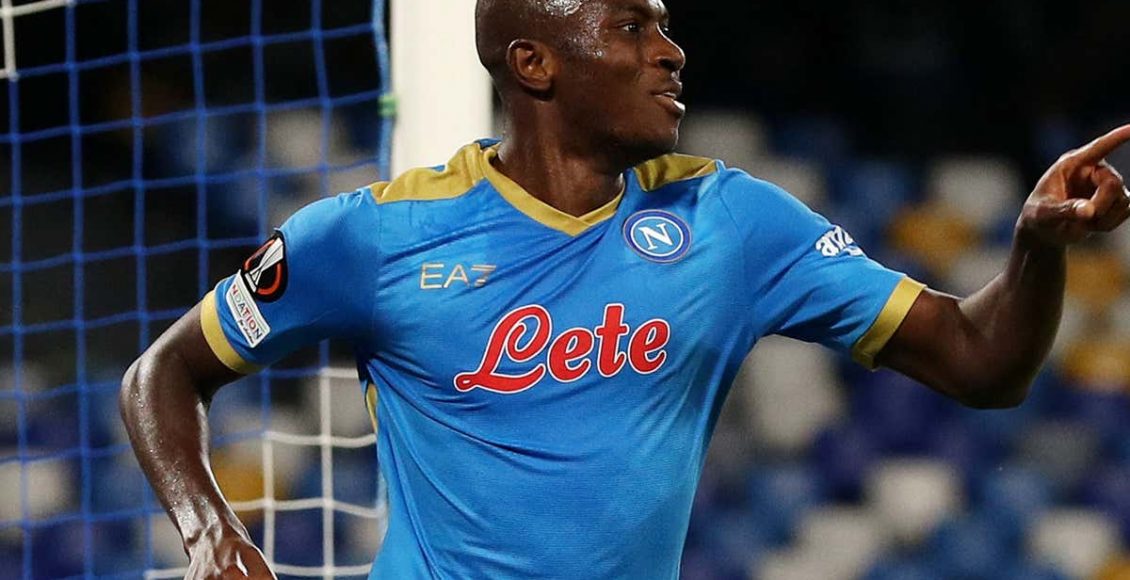 The third round of group stage matches in both the UEFA Europa League and the newly formed Conference League witnessed a high level of involvement from Nigerian players.

24 Nigerian players featured in either one of the Europa or Conference Leagues for 16 different clubs. This is a report on all 24 players and how they fared on the European stage. 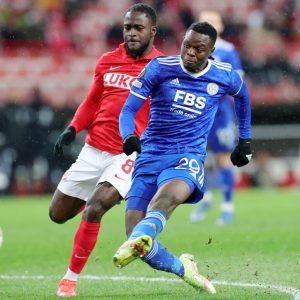 Victor Osimhen carried on his red-hot form by scoring for Napoli in a 3-0 win at home to Legia Warsaw. The Nigerian striker only came off the bench in the 57th minute but managed to score Napoli’s second with a superb finish from a tight angle. 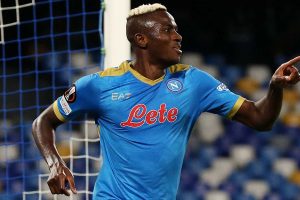 Osimhen has now scored in all three Europa League games so far this season with a total of four goals and nine in all competitions.

Leon Balogun met James Tavanier’s corner with a powerful header to give Rangers the lead against Brondby 18 minutes in. He played 64 minutes before he was substituted off as Ranger won 2-0 at the Ibrox Stadium.

In the UEFA Conference League, Taiwo Awoniyi scored as Union Berlin lost 3-1 away at Feyenoord. The header was Awoniyi’s fifth goal in his last four games and 10th in all competitions so far. 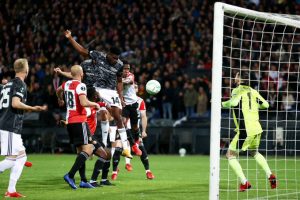 Stephen Odey scored twice and was the man of the match for Danish side, Randers in a 2-2 draw away at Jablonec.

Another striker with a man of the match performance, Ezekiel Henty scored the second goal to seal a 2-0 win for Slovan Bratislava against Lincoln Red Imps.

Like every player in this section, Anderson Esiti neither scored nor assisted but he put up an impressive performance. The ex-Super Eagle was rated 8.2 by Fotmob which captures his immense midfield display as Paok picked up an impressive 2-1 win away at Copenhagen.

Still in the Conference League, Peter Olayinka played well for Slavia Prague as they lost 1-0 away at Maccabi Haifa.

In the same vein, Super Eagles goalkeeper, Francis Uzoho starred for Omonia Nicosia in their 3-1 loss to Basel. Uzoho was Omonia’s highest-rated player with 7.2 despite conceding three goals, he made eight saves. 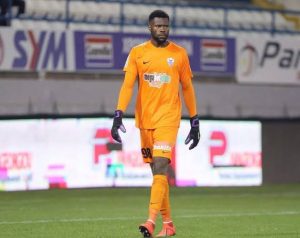 Tosin Kehinde played the full 90 minutes in midfield for Randers and earned a 7.2 rating. Another midfielder, ex-international Uche Agbo was rated 7.7 in the full game for Slovan Bratislava.

In the Europa League now, Joe Aribo played the full game for Rangers and was rated 8.4. Aribo neither scored nor assisted but was rated higher than his teammate Leon Balogun who scored. That shows the kind of game he had, bossing the midfield with a 94% pass success rate. 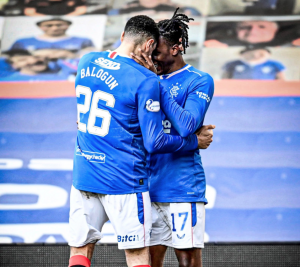 Speaking of bossing the midfield, that’s exactly what 20-year old Raphael Onyedika did for FC Midtjylland in the Europa League. Raphael Onyedika played the full match and was rated 7.1 having had the most successful tackles in the game.

In the Europa League, Paul Onuachu started but had a night to forget as Genk lost 3-0 to West Ham. So did Henry Onyekuru who was subbed on for Olympiacos in the 60th minute while trailing 3-1 to Eintracht Frankfurt.

Nigerian midfielder, Alhassan Yusuf started for Royal Antwerp in the 2-2 draw away at Fenerbahce. However, the 21-year old had a poor game and was subbed off in the 63rd minute.

21-year old Calvin Bassey was subbed on for Rangers in the 64th minute to replace fellow Super Eagle, Leon Balogun. 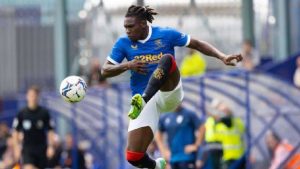 And in the Conference League, Shehu Abdullahi came on at halftime for Omonia Nicosia but failed to impact the game. Same as Oladoye Adewale who was only sent on in the 93rd minute as a time-wasting tool to help Gent seal a 1-0 win away at Partizan Belgrade.

Super Eagles striker Cyril Dessers played the last seven minutes for Feyenoord after the game against Union had already been won. 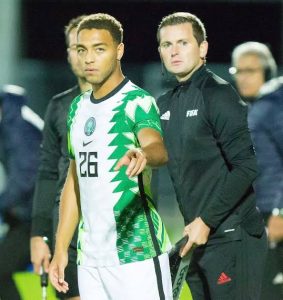 While winger, Ubong Ekpai was brought on by Slavia Prague in the 76th minute with hopes of finding an equaliser that never materialised.

Budweiser To Bring Roberto Carlos, John Terry To Nigeria For The First Time