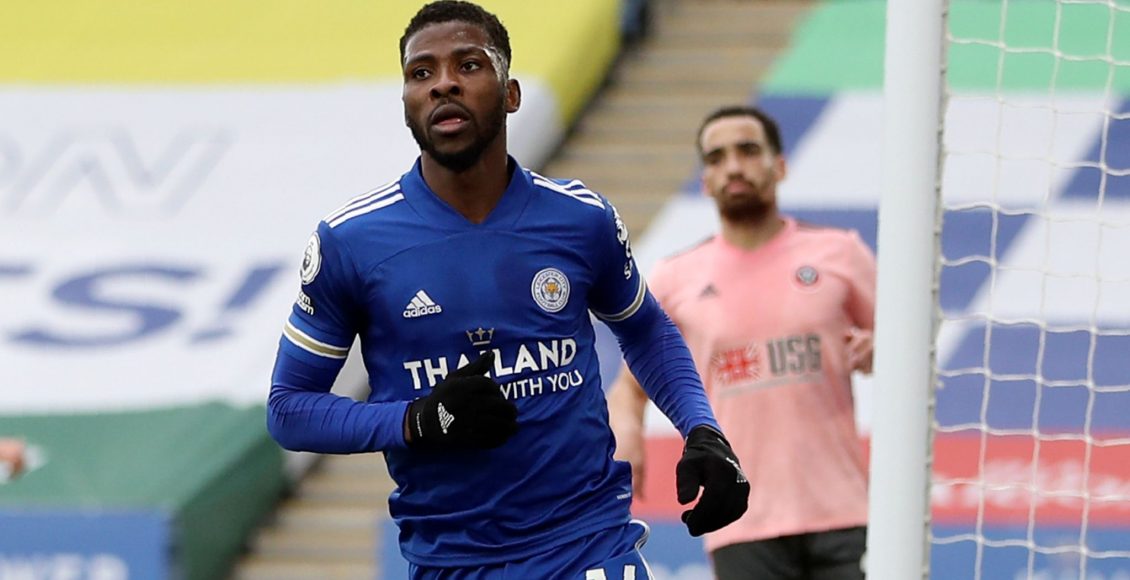 Nigeria striker Kelechi Iheanacho is forcing the hands of Leicester city’s coach to get game time and a starting berth.
To achieve that, Iheanacho had to roll back the years to a part of his game, all but forgotten.
With star striker Jamie Vardy suffering a goals drought, Kelechi led Leicester in scoring in the second half of last season. 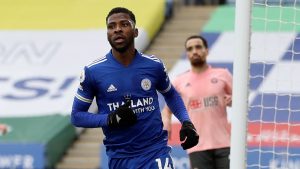 The feat was to translate to a more prominent role for the former FIFA U17 world cup winner.
Leicester fans were looking forward to seeing more of a Vardy, Kelechi partnership in the 2021/22 season, but it did not happen.

In a surprising move, the Leicester city coach signed Zambia striker Patson Daka from RB Salzburg.
Rodgers also put him ahead of Kelechi in the striking role.
Iheanacho needed to do it all over again, fight for a spot with an extra man aside first choice, Vardy.

This time senior man needed to adapt his game and show a side many won’t recognize, leaving his coach with no choice. 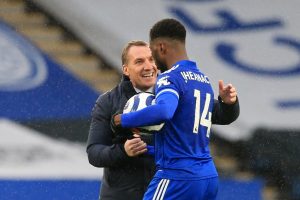 So far, Iheanacho has more assists (5) than goals (3) and, it prompted Rodgers to change his perception of him.

“He is evolving and adapting his game to stay in our team and also aid our set-up. No doubt he wants to play and, he is doing his best to keep playing. The way he has adapted his game recently is proof that he can also play in the creative position high up the pitch”.
Rodgers said after the win over Spartak Moscow.

Before the last international break, Rodgers called out national team coach Gernot Rohr to stop playing the man he sees as the current best finisher at his club.

Now Brendan Rodgers is singing a new song of a not so brand new superpower unleashed by his Nigerian striker. 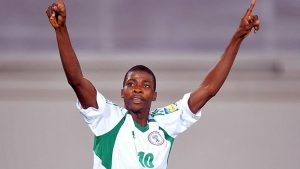 Kelechi Iheanacho: Assist Super Power From The Past

Kelechi’s rise to fame in the Nigeria U17 team was his role as the second striker with an eye for good passes behind the team’s top scorer, Isaac Success.
A blistering four goals in the first game against Mexico and an Injury to Success in the first game means Iheanacho became the go-to guy for the goals.

He delivered with an MVP trophy, second top scorer and, tournament trophy. 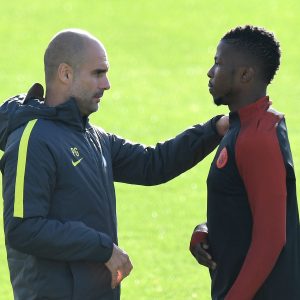 After the world cup, Manchester city signed and got turned into a striker.

The Numbers Behind The Assist

In the English Premier League season 2021/22, Kelechi Iheanacho has played two matches (plus six as a sub). He has three shots on target from a total of six shots and has scored one goal (0.89 xG).

Kelechi Iheanacho averages 11 passes per match with a pass completion rate of 71% and has two assists.

According to Infogol, the Rating for Kelechi Iheanacho in the English Premier League 2021/22 season is 6.34

Furthermore, a breakdown of his newly improved assist ability shows he completed 62 out of 87 passing attempts.

Every time Iheanacho steps into the field, he has an expected assist xA of 0.81.

In comparison, he has equalled the number of assists made in 16 20/21 EPL games in just two starts and six substitute appearances.

Off the field, Iheanacho enjoys the best times as his happy side is shining brightly in combination with Wilfred Ndidi.