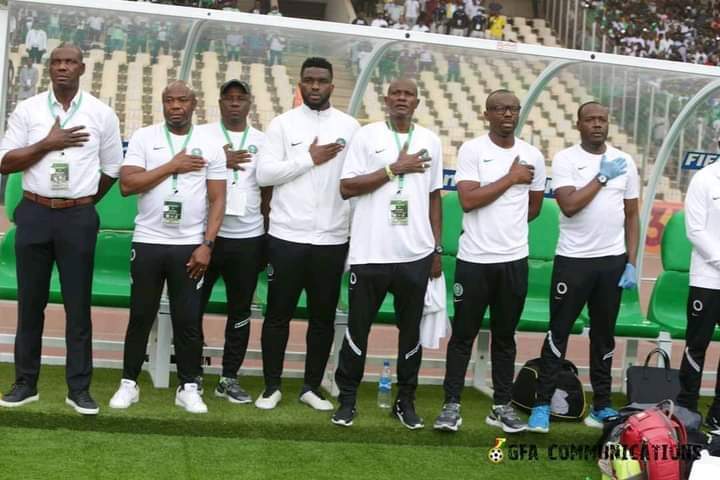 The entire super eagles coaching crew have been sent packing after failing to qualify for the 2022 world cup.

According to a release by the Nigeria football federation, Eguavoen left the role while the others were asked to go.

A statement from the NFF reads. “The erstwhile Technical Adviser, Augustine Eguavoen has stepped down from that position with immediate effect”.

Earlier, reports says the federation gave a two years contract just before the first leg in Kumasi, but it’s now off the table.

“The NFF has in the meantime withdrawn the two-and-a-half years’ contract offered to the coaches and terminated the appointment of the entire technical crew of the team with immediate effect”. The official statement from the NFF states.

Meanwhile, the federation is planning on naming a new super eagles’ coaching crew after a proper review.

Sources say the plan for a new coach is on and the NFF will hope to complete negotiations soon.

“We thank the coaches and team officials for their service to the nation and wish them success in their future endeavours,” said NFF General Secretary, Dr Mohammed Sanusi. 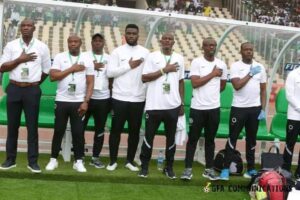 However, the report did not reveal if Augustine Eguavoen will be retaining his technical director role.

Before taking on the Super Eagles job, Eguavoen was the technical director of the NFF.

FIFA Away Goals Rule And What Nigeria Must Do To Qualify