The group stage of the African World Cup qualifiers is done and will now be followed by the knockout rounds. 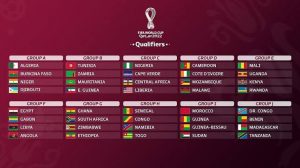 Only the top teams in each of the 10 groups advanced to the knockout round which will be played in home and away format to produce Africa’s five representatives at Qatar 2022.

Thanks to the 1-1 draw against Cape Verde, the Super Eagles of Nigeria secured the top spot in Group C and will now play against one of the nine other group winners for a World Cup spot.

Now let us examine all nine opponents in order of their difficulty for Nigeria to face.

The most difficult potential opponents

Algeria is perhaps the most difficult opponent Nigeria could face in the next round. Not only are they the reigning champions of Africa, but they also won Group A convincingly. 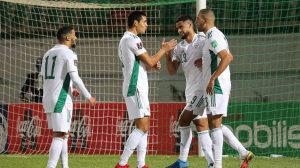 Algeria finished the group-stage unbeaten and scored 24 goals in six games, the most by any team in the qualifiers.

Senegal won Group H undefeated and only drew one game and are the highest-ranked African team.

Morocco was the only team in the group stages to win all six of their games. They scored 20 goals and conceded just once while playing some fantastic football.

The last of the teams Nigeria will be hoping to avoid at all costs is Mali. The Malians were the only team that didn’t concede a single goal in the group stages.

They finished top of Group E with five wins and a draw, scoring 11 goals in the process.

To be clear, there are no easy teams at this stage, every team made it this far on merit. But these five remaining teams represent Nigeria’s best chances at a World Cup spot.

Cameroon won five games and finished top of a tough group ahead of Cote D’Ivoire, they’re definitely no slouch. But they’re beatable for Nigeria both historically and in the present. 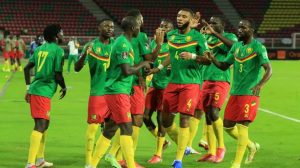 Another historically tough opponent for Nigeria would be Ghana who qualified by the skin of their teeth. Ghana made it out of Group G by head to head after being level on points with South Africa.

Ghana scored seven goals which is the fewest by any of the 10 qualified teams, Nigeria can beat them.

Speaking of low scoring teams, D.R Congo is the joint-second lowest scorers among qualifiers with nine goals, equalled only by Nigeria.

D.R Congo is the easiest opponent on paper for Nigeria but as we’ve learnt, football isn’t played on paper.

The other two teams Nigeria has a chance against are Tunisia and Egypt. The Egyptians finished Group F unbeaten with 14 points and are definitely a threat. But their performance is unconvincing, thanks to an overreliance on Mohammed Salah. 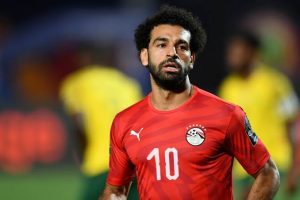 As for Tunisia, they drew against Mauritania and lost to Equatorial Guinea in the Group stage. Those results prove how fallible they are despite ranking second in Africa.