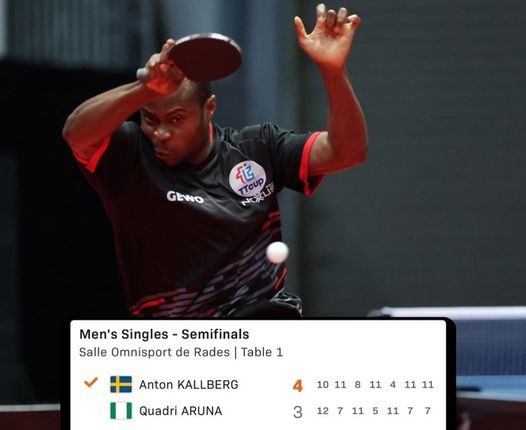 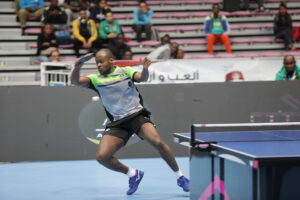 His record spree can be traced back to 2014 at the world championship in Dusseldorf, Germany.

Quadri made it to the last sixteen, becoming the first African to do so.

He repeated the feat at the 2016 Rio Olympics, making the last eight before bowing out to the eventual champion.

By 2017, he became the first African to win outside the continent by winning the Polish Open.

Quadri Aruna Is The King Of Barcelona City

After losing out in the quarterfinal stage of the WTT Contender Budapest a few months ago, Aruna bounced back to win the City of Barcelona International Table Tennis Tournament.

To achieve that, Aruna against, all odds, beat Timo Ball 3-1 in the final played at the Sports Salle Bonanova.

He is the first African to win the City of Barcelona International Table Tennis Tournament after his victory on Sunday.

The Last Surviving African In Tunisia

Quadri Aruna led other African stars to the first-ever WTT event on the continent in Tunisia.

Quadri lost in a close match by the eventual champion Anton Kallberg of Sweden in the semi-finals.

“I think I was just unlucky because my opponent didn’t expect me to give him such a challenge. He (Kallberg) has been unbeaten in the Bundesliga and playing against him also prepared me for the league match next week in Germany against his team, Borussia Dusseldorf”.

Up next is a defining season for Quadri Aruna is a trip to Slovenia for another championship.

Leave A Reply
Cancel Reply
Stay With Us