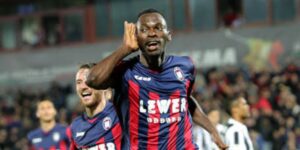 Crotone’s Simy Nwankwo has overtaken Yakubu Aiyegbeni as the highest scoring Nigerian in a top-five European League campaign in 2000s.

Simy Nwankwo grabs a brace for Crotone against Parma in the 42nd and 69th minute.

The brace takes him to 19 Serie A goals this season as only Ronaldo and Lukaku have more. 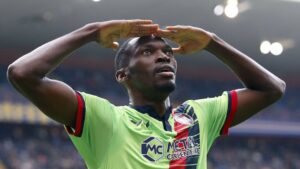 The Yak scored 17 goals for Blackburn Rovers in the 2011/12 Premier League season.

The Nigerian international also move past Obafemi Martins as the highest scoring Nigerian in the Serie A.

Obafemi scored 28 times in 88 matches for Inter Milan, but Simy’s brace takes his total to 29 in 77 games so far. 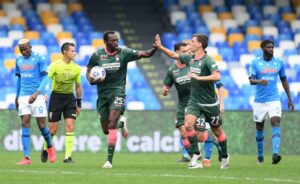 Earlier in the season Simy became the third African to score in five consecutive Serie A games as Napoli beat Crotone 4-3.

Simy will hope that Eagles coach, Gernot Rohr will give him a look-in just as Paul Onuachu in Belgium.

Simy’s last appearance was a bench role against Seychelles in September 2018 in the Africa Cup of Nations qualifiers.

Nwankwo has five caps and one goal for Nigeria since his debut against the DR Congo in May 2018.

Troost-Ekong Lands In The EPL With Watford

NWFL Super 6: Title Race To Go Down The Wire