Monday the first of November proved to be a busy day in the sports world but Sports Intel will help highlight the biggest stories in one place.

Two years after retiring from international duty following a successful AFCON 2019 tournament, it appears Odion Ighalo is set to be a Super Eagle once again.

The 32-year old was shortlisted in Nigeria’s 24-man list to play against Sierra Leone and Cape Verde. The controversial decision has been met with outrage by fans who believe other players deserve the callup more than Ighalo.

The former Manchester United striker now plays for Al Shabab in the Saudi Arabian League. Taiwo Awoniyi who has been in great form for Union Berlin is the player who makes way for Ighalo in the squad. 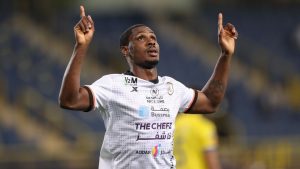 Nigerian winger, Alex Iwobi scored his first Premier League goal of the season for Everton in a 2-1 loss away at Wolves. 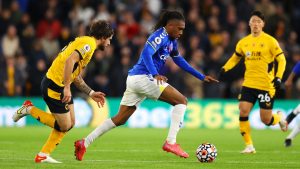 Bruno Lage’s men took the lead in the first half thanks to a well-placed header by Max Kilman. They double their lead a few minutes later after Raul Jimenez pounced on a loose back pass from Godfrey. The Mexican striker took the chance graciously, dinking it over the helpless Jordan Pickford.

The Toffees improved in the second half and pulled one back on the hour mark. Alex Iwobi pounced on a loose ball in the box to convert and halve the deficit.

The goal wasn’t enough to prevent Everton from falling to a third consecutive Premier League loss. 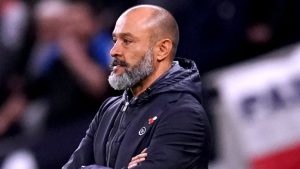 Nuno had overseen four defeats in Spurs’ last six games, the last of those a 3-0 home loss to Manchester United.

As a result, Nuno has been fired and the club has identified former Chelsea manager, Antonio Conte as the replacement. 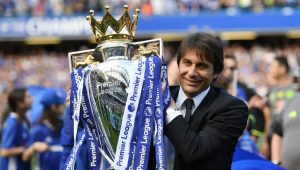 Conte achieved success with Chelsea where he won the Premier League in 2017 but is currently unattached.