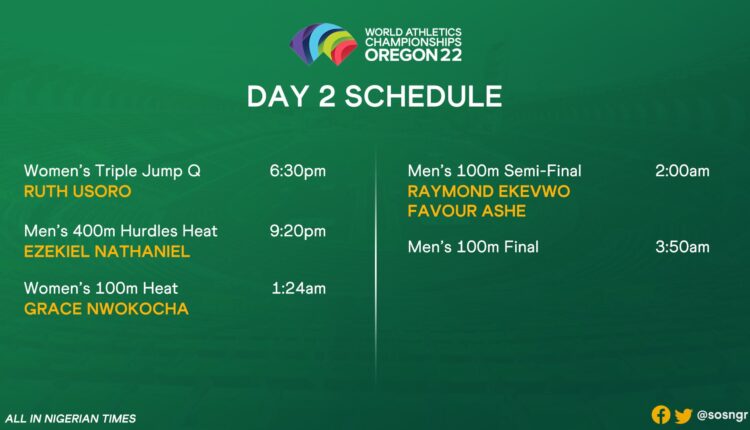 Nigerian athletes will continue their quest for World Championship glory, when events kick off on Day 2 in Oregon.

Ruth Usoro will set things rolling in the women’s Triple Jump qualification rounds, where she’ll aim to book a spot in the final. She’s an indoor World Championship finalist, so she’ll definitely be gunning for another final berth outdoors by making it a memorable one.

Usoro has a Season’s Best (SB) of 14.11m, which she jumped on her way to winning the Nigerian title in Benin.

In the men’s 400mH, Ezekiel Nathaniel making his debut appearance at the World Championships, will be aiming to have a good race which will see him advance to the semi-finals.

The National Record (NR) holder in the event has a Personal Best time of 48.42s.

Surprisingly, Grace Nwokocha is the only runner that’ll be donning the country’s colours in the women’s 100m, as the duo of Favour Ofili and Rosemary Chukwuma, were not entered for the event.

The Nigerian Champion will hope to replicate her Olympic performance or even better it, by getting to the semi-finals and final.

Meanwhile, Favour Ashe and Raymond Ekevwo running in the race of their lives will line up in the men’s 100m semis for spots in the final. 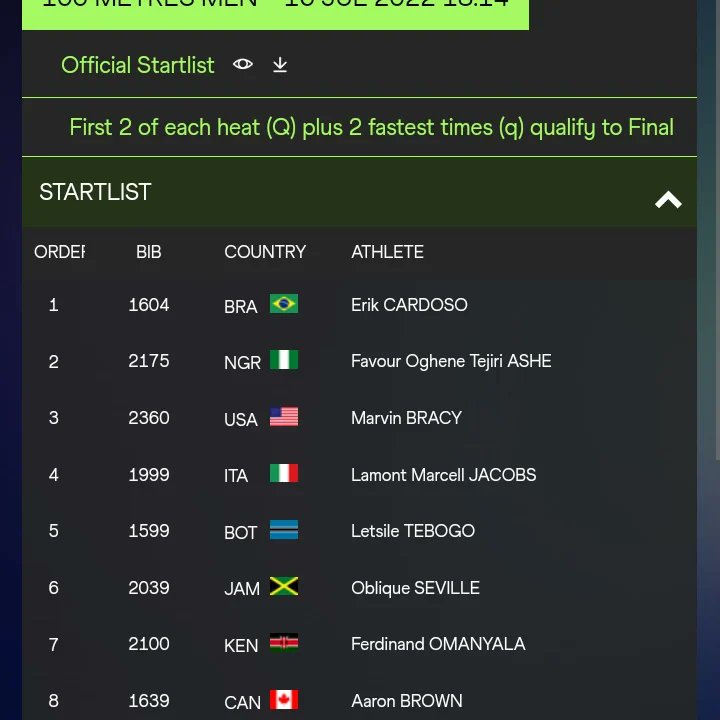 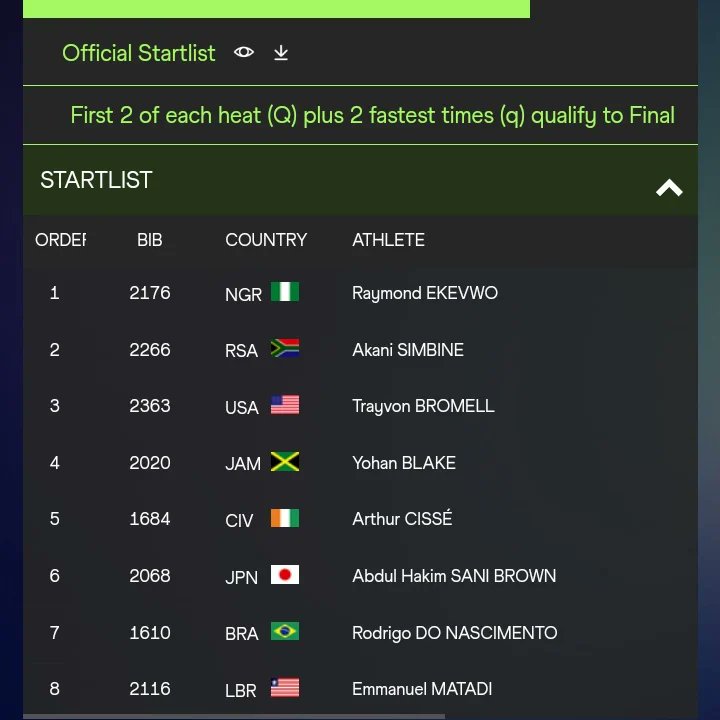 The final event of the day will be the 100m final, if Ashe and Ekevwo go through.

Wishing the athletes all the best. 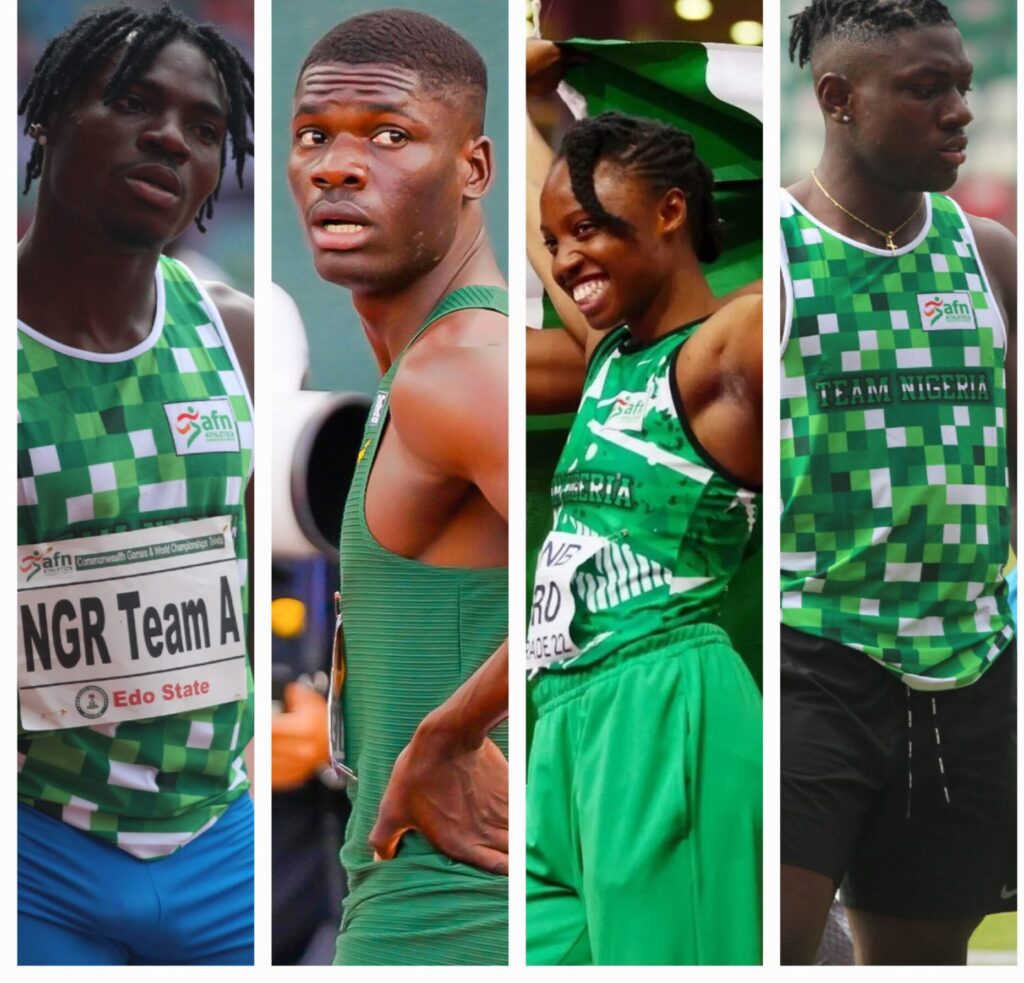