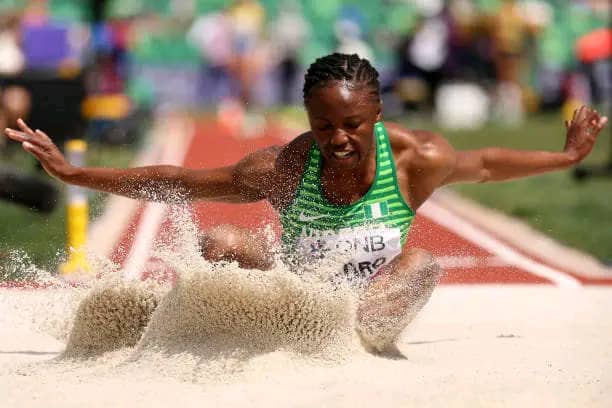 Team Nigeria shone like a million stars in Wrestling with two gold medals and a bronze to increase the medals-tally. Day Nine even promises more with more Finals set to hold.

Here’s a recap of day Eight and a preview of Day Nine. 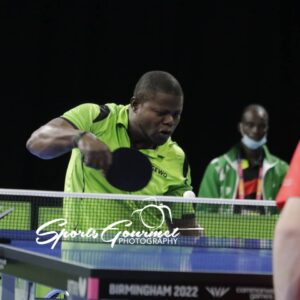 Nasiru Sule, Isau Ogunkunle, and Ifechukwude Ikpeoyi are through to the final of their respective Table Tennis Singles Classes.

Ifechukwude Ikpeoyi in her part is up against Bhavina Hasmukhbhai Patel of India in the Women’s Singles Classes 3-5 Finals.

Faith Obazuaye will hope to secure gold when she faces Felicity Pickard in the Women’s Singles Classes 6-10 finals. 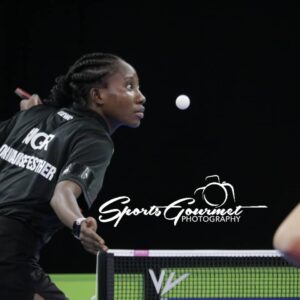 Bode Abiodun and Olajide Omotayo lost 4-2 each to their Indian opponents in the Men’s Singles Round of 16.

On Day 9, Aruna Quadri will hope to sail beyond England’s Paul Drinkhall in the men’s singles quarter-final at the NEC arena.

The women will also be on duty when they face South Africa in round 16 of women’s doubles. 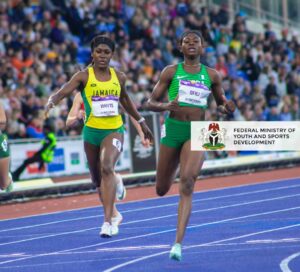 Nigeria’s Men’s 4 x 400m quartet grabbed one of the two non-automatic qualifying places for the final after finishing third in their heat.

Furthermore, Udodi Onwuzurike is through to the final after winning heat 2 of the 200m while Alaba finishes 5th.

No medal for Enekwechi as he finishes in 4th in men’s shot put.

In Women’s Long Jump Qualifying, Ruth Usoro and Ese Brume are through to the women’s long jump final with 6.59m and 6.81m respectively. 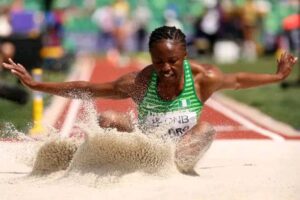 Esther Isa and Temitope Adesina are set for the final of the women’s high jump while the duo of Ucheria Iyiazi and Ugochi Alam are on duty for the women’s F55-57 shot put final. Meanwhile, team Nigeria’s 4X100m women will go up against England and others in heat two of the relays.

The men’s 4X100 team are also in heat two of the relays round one.

Oyesade Olatoye has a chance to win a medal in the Women’s Hammer Throw Final.

Udodi Onwuzurike goes in lane 5 of the men’s 200m final, the same lane as Favor Ofili in the women’s 200m final at the Alexander Stadium in Birmingham.

Day 1 of Wrestling at the 2022 Commonwealth Games in Birmingham produced two gold medals from the usual suspects. 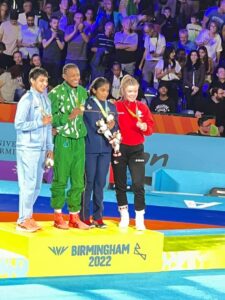 Amas Daniel lost 4-0 to a Pakistani opponent while Agiomo Ekerekeme lost 20-0 to Alexander Moore of Canada in men’s 86kg.

Mercy Adekuruoye will hope to follow her sister’s step as she takes the mat against Chamodya Kashani in the Women’s Freestyle 53 kg Nordic System.
She will also take on Vinesh Phogat of India in her category.

Still, in wrestling, Hannah Reuben is set for a showdown against Madusu Koroma of Sierra Leone in the women’s freestyle 76kg quarter-finals.

Mercy Genesis will commence her journey to medal with two bouts in the Women’s Freestyle 50 kg Nordic Group B.
first, she will battle Madison Parks of Canada before taking on Sinhala Pedige and later in the evening face Samantha Stewart of Canada.

Sarah Ogunsemilore is up against Amy Sara Broadhurst in the women’s Over 57kg-60kg (Lightweight) semi-final.

Also, Elizabeth Osoba will take to the ring to face Tina Rahimi in the Over 54kg-57kg (Featherweight) semi-final at the NEC Hall 4.

Finally, Ifeanyi Onyekwere has India’s Sagar Sagar in between him and a gold medal match in the Over 92kg (Super-Heavyweight).