THE EAGLES ARE FLYING

The beginning of a new dawn

Nigerians across Europe were exceptional for their club sides over the week in games which took place from the 9th to the 10th of April 2021. These performances welcome a new dawn for the Nigerian Super Eagles. 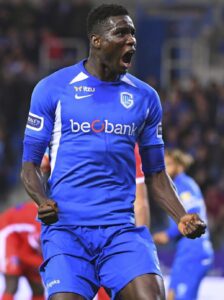 Paul Onachu , Nigeria’s most in form player got yet another goal for his club, Genk against Sint-Truidense V.V adding to his tally of 27 goals in 35 games. This is coming after he single handedly carried the Eagles in Port Novo with the goal that confirmed the team’s place in the AFCON 2022.

Kelechi “Senior Man Kelz” Iheanacho is another man on fire at the moment. His impeccable form earning him the crown as the best player in the month of March. Senior Man Kelz now has 8 goals in his last five games for Leciester City. Although his goal came to nothing against West Ham with the hammers defeating the foxes 3-2. Kelechi’s consistency makes him the apple of Brendan’s eyes. 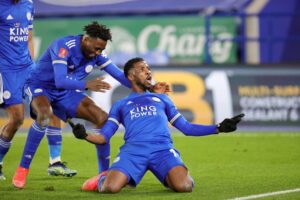 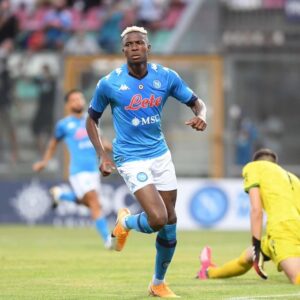 Nigeria’s number 9, Victor Osimhen was also on the score sheet in the 87th minute for Napoli as they defeated tenth place Sampdoria 2-0. The highest paid Napoli forward got his fifth goal for the club since his move from the French club, Lille.

Leon Balogun who struggled to get a first team shirt at Brighton was loaned to Wigan Athletic, before joining Ranger. He has suddenly become another being under Steven Gerrard. Rangers confirmed the extension of Balogun’s contract which will keep him at Ibrox Stadium until l 2022. The 32-year-old joined the Gers on a free transfer from Wigan Athletic last July and he has been a key part of Steven Gerrard’s defensive set-up. Balogun was instrumental in Rangers’ title defence as he won his first title in his professional career, where he helped Rangers to a 33-game unbeaten streak. 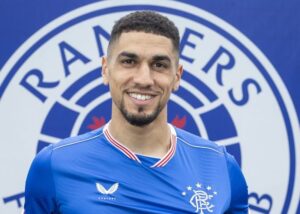 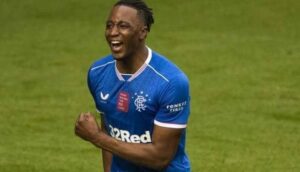 Joe Aribo, Balogun’s team mate and Nigeria’s number 10 also got his name on the score sheet as Rangers got a slim victory against Hibernian, the game ending 2-1. This is a major boost for the midfielder who wears a very demanding number for the Super Eagles.