The FIFA U20 women’s world cup remains a site for unveiling the next superstar in Nigeria’s women’s football.

From the first edition in Canada where Ifeanyi Chijiene reigned to the current record CAF African female footballer of the year Asisat Oshoala, the U20 is the team with a glimpse of future super falcons stars. The Falconets class of 2022 scale the hurdles presented by the Central African Republic, Republic of Congo, Cameroon and Senegal, winning six of seven matches (they only drew with Cameroon in Douala) to be eligible to represent Africa once more at the finals in Central America.

SportsintelNG provides a list of next-gen stars that will hold Nigeria and world football down with their immense abilities. 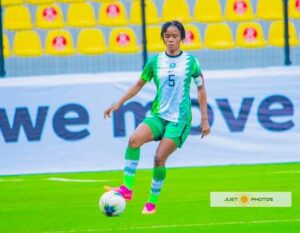 Tosin Demehin is good enough to make the super falcons squad that’s how talented the Rivers Angels defender is with her abilities to hold her defence together. Tosin moved from Sunshine Queens to Rivers Angels, where she further developed her game. She has been part of the super Falcons camp occasionally, with insiders saying she is the one for the future. 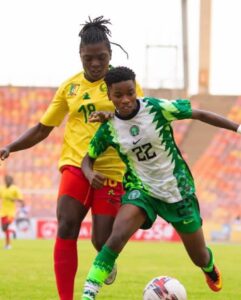 A nifty attacker from the left wing, Flourish is a hot player in the football circle so much that two top NWFL clubs went to war to sign her.

Flourish led the Falconets in goal scoring during the qualifiers with six goals in six matches.

Her ability to get beyond defenders and an eye for scoring stand her out.

She made the shortlist of the 2022 CAF young player of the year alongside Monday Gift.

The main engine of the team, Esther’s ability to take the ball from the defence and pick quality passes to release the attacker, paints a picture of a midfield general. 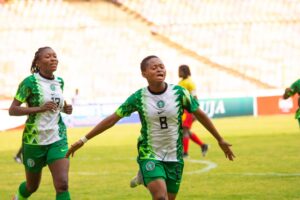 Also, if she is in the mood, she can be lethal in deadball situations. Esther is a product of the Eko Football initiative before moving to play in the NWFL league with FC Robo.

Esther missed out on the world cup at the U17 level and she will hope to make up for the lost opportunity.

An intelligent passer, Deborah Abiodun, is one of the live wires of the Falconets. The combative and creative midfielder from Rivers Angels was one of the bright lights of the NWFL champions at the last CAF Women’s champions league in Morocco. Also, her asset is her long-range shots in-between spaces. 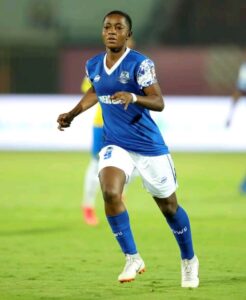 Meanwhile, Nigeria will play France, Canada and the Korea Republic in Group C of the tournament starting on 10th August. 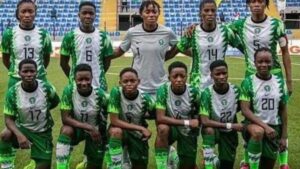 Stay up to date
Get the latest news in your inbox as it happens
You are Subscribed!
Your subscriptions means a lot to us.

Don't miss out on the latest Industry news
You are Subscribed!