Motsepe believes the idea will help Africa retain their top players, who might otherwise seek larger paydays in Europe. 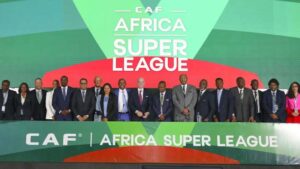 CAF president Patrice Motsepe and FIFA president Gianni Infantino announced the launch of an African Super League on Wednesday. The tournament will offer $100 million in prizes.

What To Know About The CAF Super League 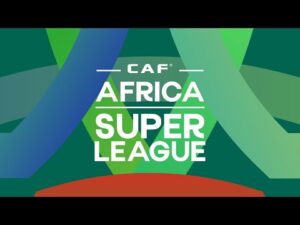 Part of the overall strategy is using the Africa Super League to significantly and fundamentally improve the quality of football on the continent.” Motsepe told BBC Sport Africa.

The format will see 197 matches played from August to May, which Caf say will lead to a ‘Super Bowl-like final.

CAF Super league will generate $200 million, according to a presentation by CAF.

The CAF Africa Super League is here and this video gives a breakdown. The big question is, where will a broke CAF with the Lagadiere issue hanging around its head get the funds? By the way, Enyimba is being proposed as the Nigerian Rep for the CAF ASLpic.twitter.com/KNdMQeZfDr

Can CAF Afford A Super League?

The Confederation of African Football lost $45 million in 2020-21, a 400% increase from the previous financial year.

Increased staff salaries and benefits – which rose by 38% to $6.6m (£5.44m) – are one reason for the reduced funds. Similarly, the Covid pandemic also contributed. 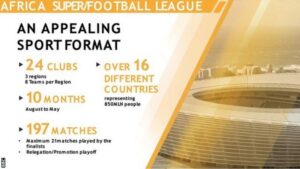 However, the chief financial concern remains the loss of income from the billion-dollar Lagardere TV deal.

The main factor behind the financial downturn is the abrupt termination of the richest contract in Caf’s history, Lagardere in late 2019.

Industry sources say the French company is still seeking compensation amounting to at least $80m (£66m), a sum which far exceeds the provisions made by Caf – some $32m (£26.4m) – to cover its legal costs in its current budget.

The subsequent deal with Fifa ended without the African body renewing it. The CAF super league is creating distinctions from the failed European Super League. There’s a possibility of a name change to the African Football League to avoid connotations with the European project.

The league will have promotion and relegation as a differentiator from the European Super League.

FIFA president Gianni Infantino suggested the project in 2020, it met with almost none of the outrage that followed a similar attempt in Europe last year. How Clubs Will Qualify

Although it is unclear if CAF has a list of qualifying clubs, they will come from 16 different nations with a maximum of three per country.

Group competition will come first, then a breakdown into three groups of eight clubs, before major clubs move onto an American-style playoff system, including wild card berths.

The super league is not the end of the Champions League as plans are in motion to revert to a two-legged knockout competition, dispensing with the group phase.